On September 13, 1918 Lieutenant Belows, as observer, and his pilot took off from their location in France in an open cockpit plane. They flew into enemy territory at an altitude of not more than 800 feet, because of extremely low clouds, high wind and mist. Bellows was successful in obtaining the valuable information he was sent to secure, but was then killed by machine gun bullets. Though the plane's gas tank had been hit, the pilot was able to go on the reserve tank and get Bellows' body back to France, where his funeral took place the following day. He was buried in the American Military Cemetery, Sebastopol, near Toul Hospital No. 1. In June 1919 his body was moved to Grave 36, Section 11, Plot 1, Saint Mihiel American Cemetery in France (Thien-court, Meurthe-et-Moselle).

Posthumously, by order of General Pershing, Bellows was awarded the Distinguished Service Cross, a U.S. Army decoration fo rexceptional heroism in combat. He was also awarded the Croix de Guerre, a French military decoration for bravery in battle.

Born July 9, 1896 in Evanston. Began grammar school in Evanston, continued in Kenilworth after the family built a home there in 1905, and attended New Trier High School, graduating in 1913. By 1914 the family was living at 1204 Ashland Av., Wilmette, and by 1916 they lived at 1109 Greenwood Av., Wilmette, the home address he gave when he entered the service.

During these years he attended Norothwestern University, where he was a psychology major and, like his father, a member of Phi Kappa Psi fraternity. Bellows was the first to graduate from Northwestern University in uniform, on June 13, 1917. He had already enlisted in the First Officer's Training Camp at Fort Sheridan on May 13.

After graduation he was transferred to the training camp for Coast Artillery at Fortress Monroe, where he received his commission as second lieutenant in the Coast Artillery, A.R.C. From there he reported to Fort H.G. Wright, Coast Defenses of Long Island Sound, and then to Fort Terry , Long Island Sound, where he was asked to volunteer for the air service. He and five others reported to the School of Military Aeronautics at the University of Texas at Austin in November 10 1917.

Next he was sent to the Aviation General Supply Depot in Garden City, Long Island. While there he became ill with scarlet fever, which kept him inactive for six weeks. In February, 1918, he was commissioned second lieutenant in the Aviation Service, still retaining his commission in the Coast Artillery. On March 21 he was sent to Camp Merritt, N.J. On March 30 he sailed for France and arrived on April 13.

There followed training sessions at the Artillery school at Saumur, a seven weeks course at the 2nd Aviation Instruction Center at Tours, and advanced training as an aerial observer of artillery at Camp de Souge, near Bordeaux.

On August 15, (in a group of four first lieutenants and six second lieutenants) he ewas sent to the front. On the morning of September 12, with exceedingly bad weather, Bellows and his pilot set off with a difficult observation mission. The mission on the following day, September 13, 1918, was his last. 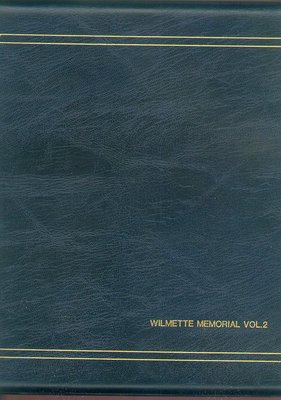