Fire! Murder! Was Grim Tale of Earler Times: No solution but one suspect left town, another hanged for eastern crime [Heading]

Excitement--there was plenty of that, too, in the good old days. A thrilling event of 1893 is told by Mrs. L.A. (Esther Dunshee) Bower, 1216 Ashland avenue, in her reminiscences.

"One night I was awakened to see a bright glow across Lake avenue. (Mrs. Bower then lived in the house built by her father at 1033 Elmwood avenue, formerly called North avenue.) The house on the south side of that street just east of the alley between Ninth and Tenth streets was on fire--the flames leaping high. It was occupied by a family by the name of Wheeler, and it developed that his mother-in-law had been murdered and the house set on fire.

No solution to the murder was ever found, so far as I know, but Mr. Wheeler was ostracized as suspicion was leveled against him, and he left Wilmette. No one really believed him guilty, but it happened that the murdered woman had in her possession that night a large sum of money which had been collected from a mortgage which had matured."

Had Own Theory [heading]

"To my young mind," Mrs. Bower continues, "there was a much more exciting theory connected with this case. A man known as Harry H. Holmes had been accused of killing his wife's uncle on the south side to collect insurance on his life. Apparently the evidence had been insufficient at the time to hold him.

He had married a Wilmette woman [nee Myrta Z. Belknap], whose father [John Belknap] was engaged in the expressing business in the vilage and who had lived in a small house next to the Congregational church which then stood in the lot which is now Mr. J.M. Brown's lawn...

"After the marriage that house was either moved or town down...and in its place the house now known as the Wilmette Inn was erected and known as the Holmes House. It was said to be pretty well established that much of the lumber which went into that house was stolen from across the street where Mrs. Mary E. Gates (mother of the late Henry B. Gates) was building the home which she occupied for many years -- the house just south of the present Congregational church...

Mr. Holmes was supposed to be a traveling man, which accounted for his frequent absences from home. I would see him once in a while, and later viewed those occasions with considerable awe.

He was Suspected [heading]

"Largely, I suppose, because of former accusations, when Mr. Wheeler's mother-in-law was murdered, suspicion was attached to Mr. Holmes, who seemed to be constantly getting into deeper water. The police developed the fact that some person or persons had run through the alleys from the Wheeler home to the Holmes house, and, as I remember it, there was evidence that Holmes had been in Wilmette about that time, but he was never indicted for that crime, as far as I remember.

"However, he was indicted for murder later in Philadelphia, and at his trial it was developed that he had seven wives, marrying in New York state, Illinois, Cincinnati, California, and Philadelphia, and that in all of those localities he was accused of murder for the purpose of collecting insurance. He was convicted in Philadelphia and hanged. Here he left his wife [Myrta Belknap Holmes] and a daughter [Lucy Holmes] about seven years old." 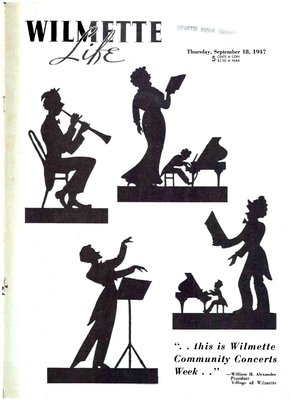